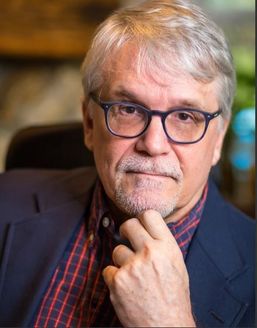 ​
C. S. Monaco is Courtesy Professor of History at the University of Florida, Gainesville, Fl.

Monaco has recently completed a history of the Second Seminole War (1835-1842). In his new work, The Second Seminole War and the Limits of American Aggression, the author transcends a strictly military point of view and places this seven-year conflict squarely within Jacksonian culture--the first such effort ever attempted. Among early praise for the book, historians David S. and Jeanne T. Heidler have concluded: "With exhaustive research, fresh interpretations, and elegant prose Monaco has produced the definitive history of the Second Seminole War." Choice Magazine has awarded its highest recommendation: "Essential." A list of all of the author's works follows:

"Shadows and Pestilence: Health and Medicine during the Second Seminole War," Journal of Social History (Spring 2015).

“Port Jews or a People of the Diaspora? A Critique of the Port Jew Concept,” Jewish Social Studies: History, Culture, Society 15.2 (Winter 2009).

“Fort Mitchell and the Settlement of the Alachua Country,” Florida Historical Quarterly 79 (Summer 2000).

Introduction and annotations to “A Plan for the Abolition of Slavery, Consistently with the Interests of All Parties Concerned,” by Moses Elias Levy (London, 1828), American Jewish Archives Journal LI (1999).

“The Reform Agenda of Moses Levy and its Influence in Early Nineteenth-Century Florida, the Caribbean, and England,” Fourth Biennial Conference on the History of Florida and the Atlantic World, Florida State University, Tallahassee, 2006.